How To Get Involved

Montlake Greenways is a part of Seattle Neighborhood Greenways. Click on the icon to get on to our mailing list. The nearest group to Montlake that holds regular meetings is Central Seattle Greenways.

Do you want to see a better Central North-South Greenway that is safe and comfortable for people of all ages and abilities? Click on the icon above! Get involved with our top 2016 priority for District 3!

Click on the icon above to see what projects we’ve worked on.

How To Get Involved

Montlake Greenways is a group of neighbors like you who are working to make their streets safer and more comfortable for everybody.

Area: The Montlake Greenways effort includes the areas bounded by North Capitol Hill (Interlaken), I5 to the west, Lake Washington Blvd to the East and the water to the north. It’s basically the Montlake Elementary school district.

Mission: The currently under served group that most needs Neighborhood Greenways in the Montlake area is the 70% of the population who would like to walk or bike to local destinations but does not feel safe doing so given the safety limitations of the current public right of way infrastructure.

Many of the neighborhoods in District 3 are disconnected and difficult to walk and bike between. The Central Area Neighborhood Greenway will solve this problem by providing an important connection for people walking and biking between the Rainier Valley, Mt Baker, Central District, Capitol Hill, and Montlake Neighborhoods.

Montlake Greenways is one of the Greenways who is trying to solve this problem by making sure the implementation of the Central Area Neighborhood Greenway is up to an all ages and abilities standard so that everyone can enjoy walking and biking on their new neighborhood greenway.

Do you want to see a better Central North-South Greenway that is safe and comfortable for people of all ages and abilities? Get involved with our top 2016 priority for District 3! 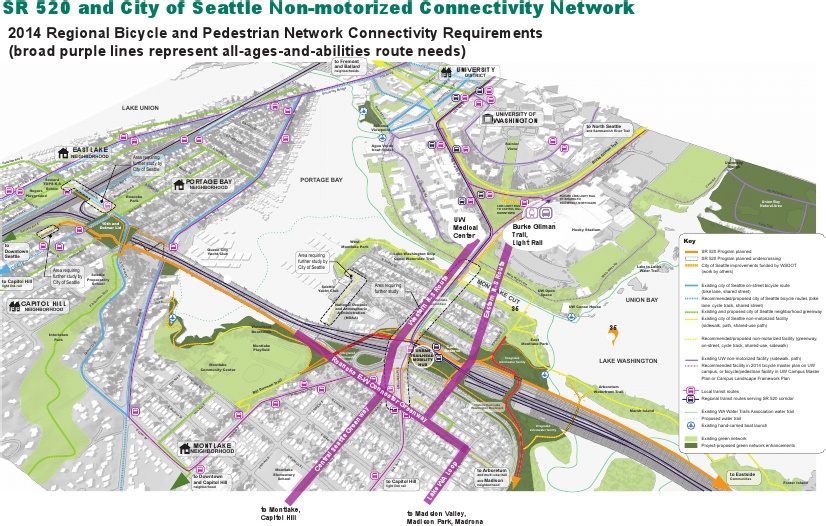